Jason has worked in film and video production in Seattle, where he was born and raised, for the last 10 years. 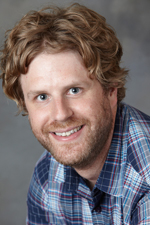 He attended the University of Washington and graduated with distinction in 2000 with a double major in Cinema Studies and Comparative Literature. As a prolific director, producer and editor, Jason has amassed a large body of creative work including documentary films, narrative films and music videos.

Jason owns and operates 2R Productions, working with companies such as Microsoft, Costco, and Parallels on corporate videos, TV commercials, web marketing and journalism pieces. The two feature documentaries he has directed and produced, Sonicsgate: Requiem for a Team (2009/2012) and Man Zou: Beijing to Shanghai (2010), have gone on to win Webby and Emmy® Awards, respectively. His filmography includes credits as producer on the feature documentaries K2: Siren of the Himalayas (2012), Evergreen: The Road to Legalization (2013) and The Kicker (In Post) with dozens of client videos and music projects. Jason owns the company 2R Productions with several exciting feature films and client works currently in production and development.