EVERY DAY IS A JOURNEY is a Synergistic Cinema project, a story with no predetermined arc told in six chapters, written and directed by six distinct Seattle-area filmmakers.  Each director must use the characters and threads introduced by the previous chapter to continue the story in his own style.  The series premiered at the Rawstock Film Festival in Seattle and released online in December 2013. Created by Justin Freet and Rawstock Media.

“Six directors join cinematic forces… it takes a special kind of storytelling to make a movie about grifters, yoga devotees, drug dealers, gruesome murders, a Dougie dance session, a tender love story and the musical stylings of BOTH Warren G and Kenny G… Each episode is a stand-alone piece, but there’s something special about watching this cinematic chimera in its entirety… viewed as a whole, EDIAJ is bizarre and completely unpredictable.”
– EDIAJ Review in City Arts Magazine 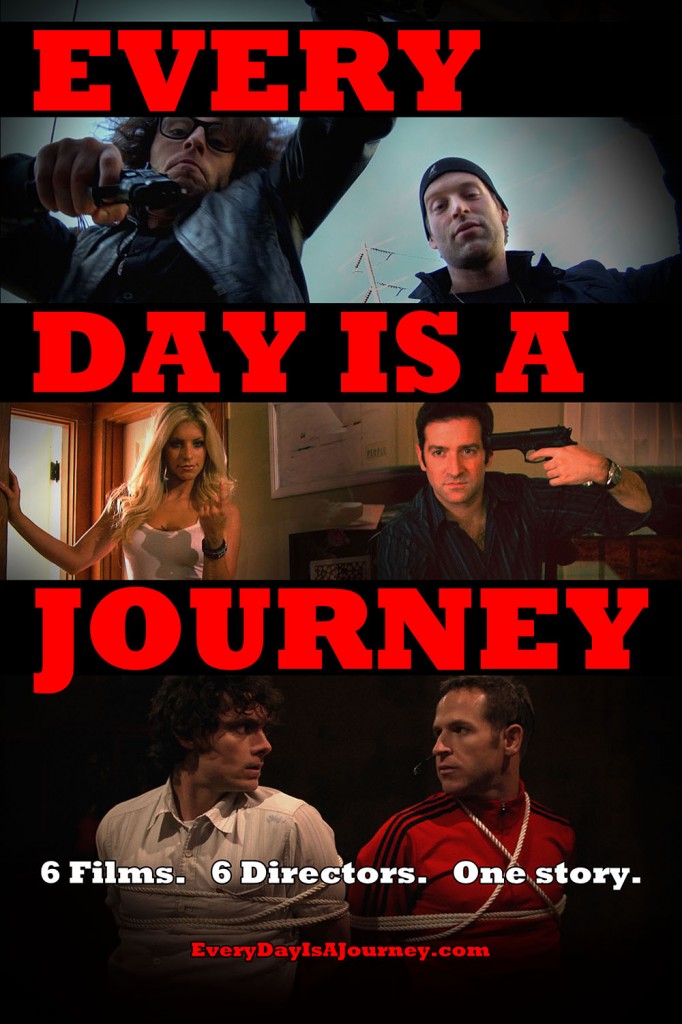