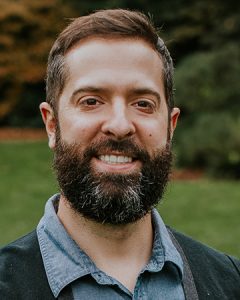 Adam won a Webby Award as producer and co-creator of the documentary Sonicsgate: Requiem for a Team (2009). He then worked on creating a large portfolio of commercials, music videos and documentary films including Webby Awards Honorees The Finish Line (2014) and Mr. Irrelevant (2014); award-winning feature documentaries K2: Siren of the Himalayas (2012), Evergreen: The Road To Legalization (2013), Mackie Driven Artists (2018) and Sam Now (2022). His work has appeared on major platforms––such as ESPN, CNBC, Netflix, PBS, USA Today and Amazon Prime––and topped the iTunes charts. He produced the shorts Backfire: How to Destroy a Presidential Candidate (2016) and The Ultimate Upset (2017) with ESPN Films & FiveThirtyEight, followed by the multiple award-winning feature Dirtbag: The Legend of Fred Beckey (2017).

Adam loves his family, basketball and live music, bringing that same passion to all phases of the production process. He lives in Seattle with his wife and kids.